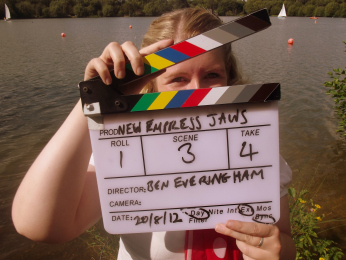 After completing my Master of Arts in Literature and Creative Writing I moved to London to pursue a career as a journalist and columnist. I have since written across blogs, websites, magazine, radio and TV for clients such as The Guardian, The Spectator, movieScope Magazine and Film4.

I have founded a UK independent film magazine called New Empress Magazine and published my first non-fiction book: True Love is Like the Loch Ness Monster.

My second non-fiction book, Fading Ads of London will be available in 2014 from The History Press.

I am also in the process of completing my first novel.

People tend to hire me to write about film, feminism, travel, history and literature but as I relish a research opportunity, you may want to hire me for a new challenge.

You can contact me with such requests at: helenography at gmail.com

2 thoughts on “The Writer”