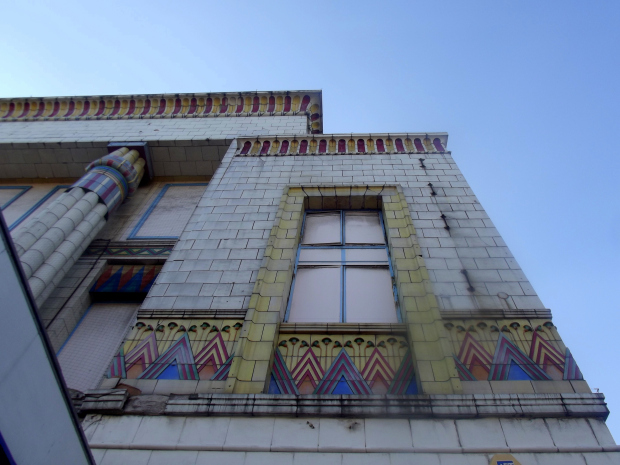 Yesterday when I was out in East London for the day I took the time to photograph one of the area’s forgotten treasures: The Carlton Cinema, Essex Road. The cinema has long since fallen into disuse which, given how beautiful it is, is something of a travesty. As planning permission wars continue and the building gradually degrades further I thought I’d better take some photos whilst the old girl is still standing. I’m not a professional photographer by any stretch but hopefully these give an idea of how intricate the design is. 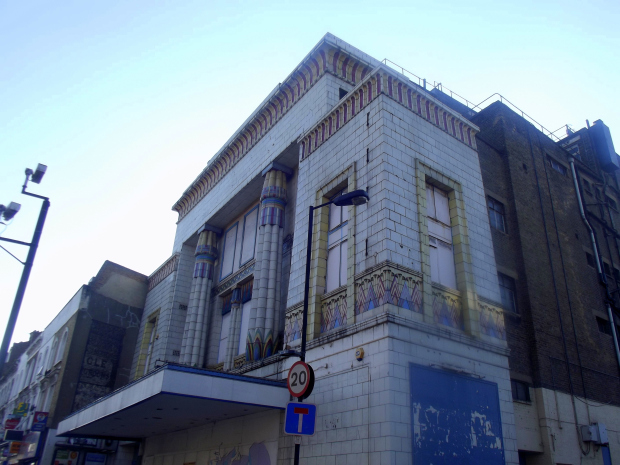 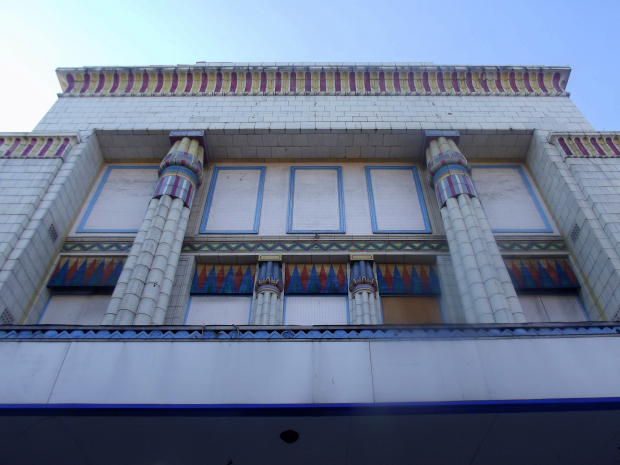 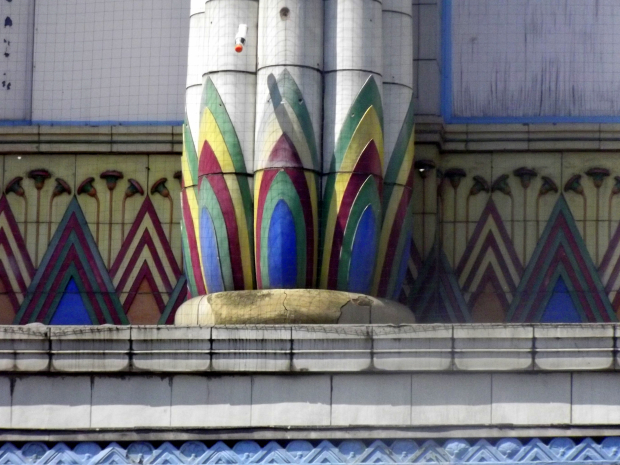 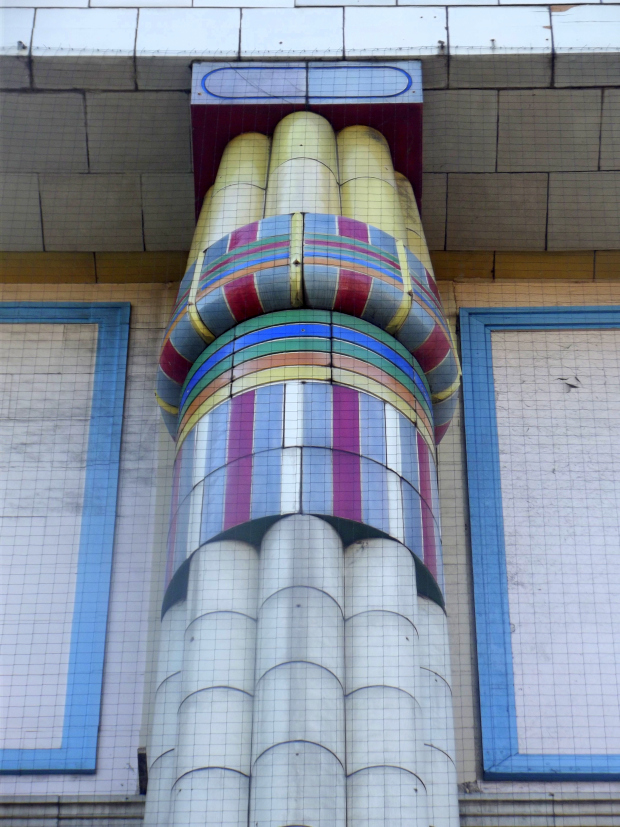 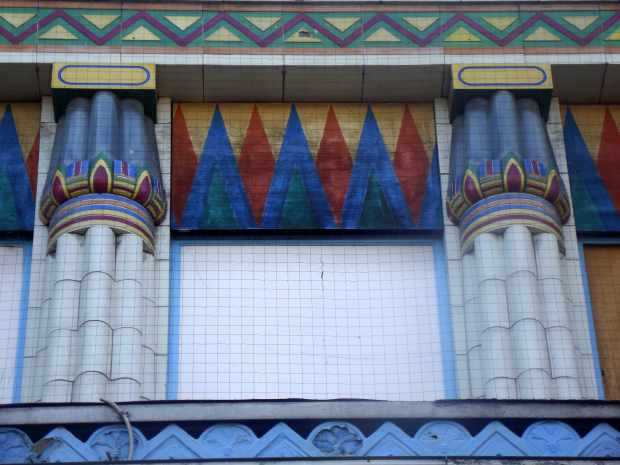 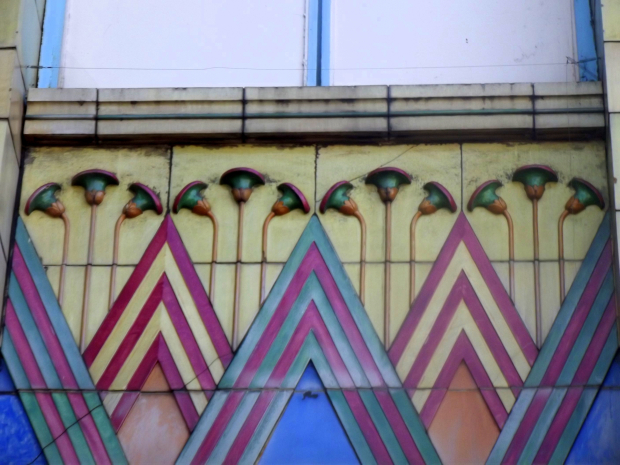 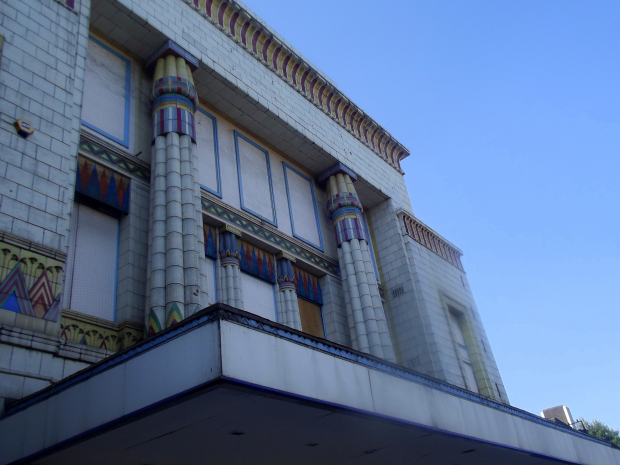 Last year I asked illustrator Alfie Gallagher to create an image reflecting what The Carlton would have looked like on its opening in 1930 to accompany an article on the cinema’s history. It’s a sharp contrast to how the cinema looks now but once, this old picturehouse was given the love it deserves. 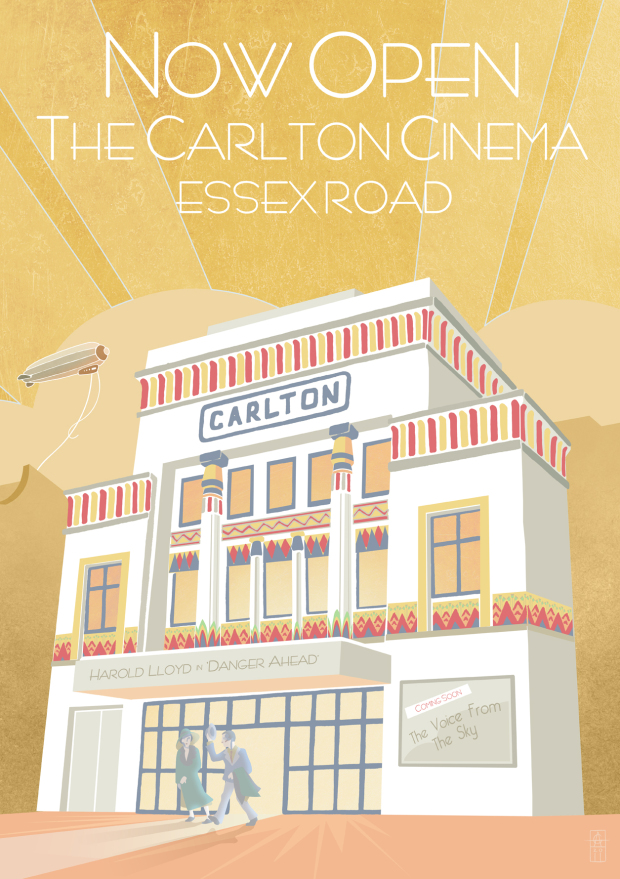 Limited copies of New Empress Magazine issue 2 are still available for anyone wanting to know more about The Carlton Cinema.