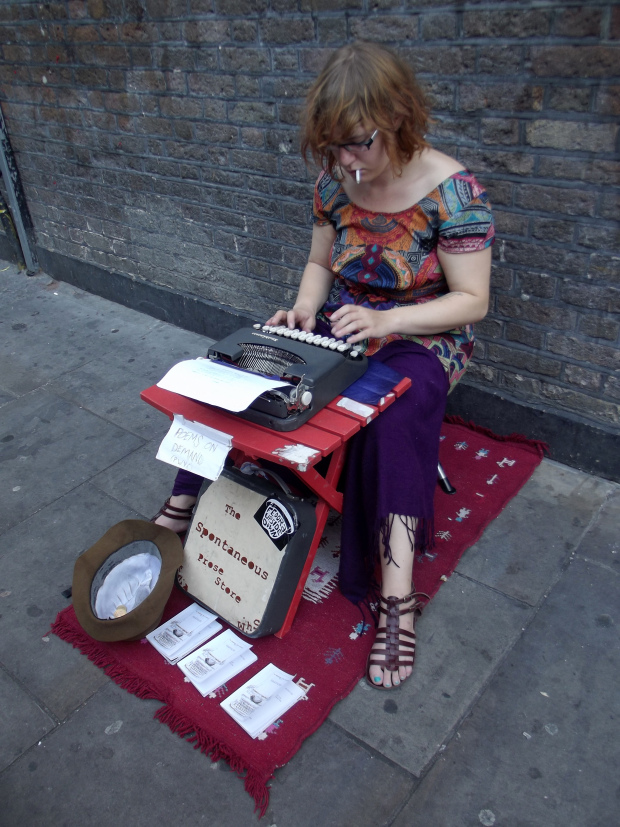 When I was walking along Brick Lane the other day I stumbled across the lady above, set up in the street, tapping away on her typewriter. She was like some bohemian mirage I dreamt up when I was seven. Most nights I was forced to go to bed at eight even though in the summer it was still bright outside so I’d prop my notebook up on the window sill and write mad stories until the last of the light was stubbed out.

Obviously I wasn’t going to walk past such an interesting character so I stopped and chatted to her a bit. She had labelled herself The Spontaneous Prose Store and for a small donation would write a prose sample on demand. All I had to do was choose the topic: robots were the first thing that came to mind. The small slip of paper in the photograph below has, overnight, become one of my most treasured possessions. Not only do I share her nervousness over sentient technology (I saw Terminator very young) but every time I look at it I’m reminded of the fact that if you really want to do something all you have to do is step out and do it. 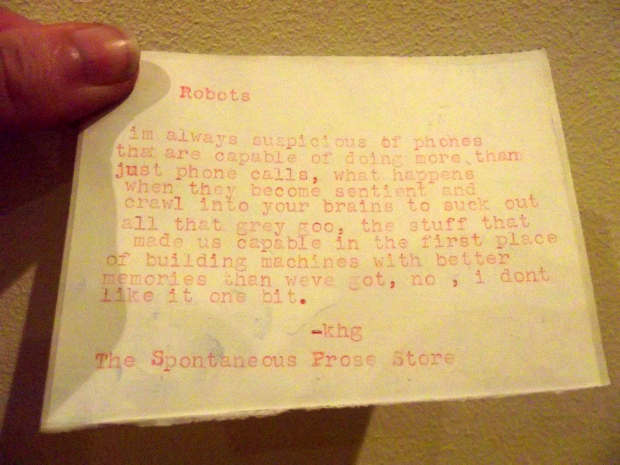